Penge Green Gym Community Group/Friends of Winsford Gardens are celebrating ten years of transforming Winsford Gardens in Penge into a safe and welcoming environment for the local community and urban wildlife.

10. Our water butt contains enough to fill 54 standard watering cans.
9. We have nesting blue tits in our bird boxes and possibly a nesting Greater Spotted Woodpecker or Ring-necked Parakeets in an Ash tree.
8. Winsford Gardens is the location of a Pokémon Go EX Raid Gym – Winsford Monument – EX Raids are special, invite-only, raids that occur in Pokémon Go [no, we don’t know either!]
7. Local artists often come to Winsford Gardens to sketch and paint including Lis Watkins [portfolio at https://liswatkins.com]
6. Winsford Gardens was the garden of Winsford House, laid out by property developer Stephen George Gee and named for the village on Exmoor in Devon, not the town in Cheshire. Previously it was Chesham Place, for the village in Bucks.
5. In 1895, you would still see cows grazing in open fields. Garden Road was a dirt track until the 1910’s when the land was opened to the public on Weds & Sat from 2 until sunset, & Cricket was played.
4. There was once a Tennis Court, behind a chauffeur’s cottage, a garage for an Austin Wolseley 10 hp, and a pumped water fountain in a large pond, fed by a system with two smaller ponds.
3. A £17,500 scheme might have turned the Winsford Gardens Open Space into a Park in 1987. The Croydon Road entrance didn’t exist. The gardens were created from former rear gardens of houses & contain interesting trees; Fig, Hazelnut, Yews, a Twisted Willow, & heritage Pears
2. In 2013, we were on French TV in Garden Party Season 2, Episode 4. https://vimeo.com/54758958 There’s a report that we were on Slovakian TV.
1. Penge Green Gym was awarded a Queen’s Award for Voluntary Service [the MBE for voluntary groups] in 2019.

A number of activities are planned between May and December 2021 to mark this decade of volunteering at the gardens.

Look out for these!

We’ve had the launch of a guided walking trail through the parks of Penge and Cator, promoted during the Penge Festival.

We’ve had the launch of new park signage illustrated by local artist, Lis Watkins, unveiled before our AGM in July.

A pop-up plant sale was held on 6th June.

Activities for kids to download here:
Activity Sheets for Children

And much more is in the works.

Pop up plant and cake sale

Under this tab of the website more information will be revealed on this as it is confirmed.

Unfortunately, we won’t be holding our popular Open Day this year, but we hope to invite some old friends and former volunteers along to some kind of celebration later this year. The regular volunteers had some cake on the 19th May and there was a new group photo to update our social media profiles, together with an updated logo. 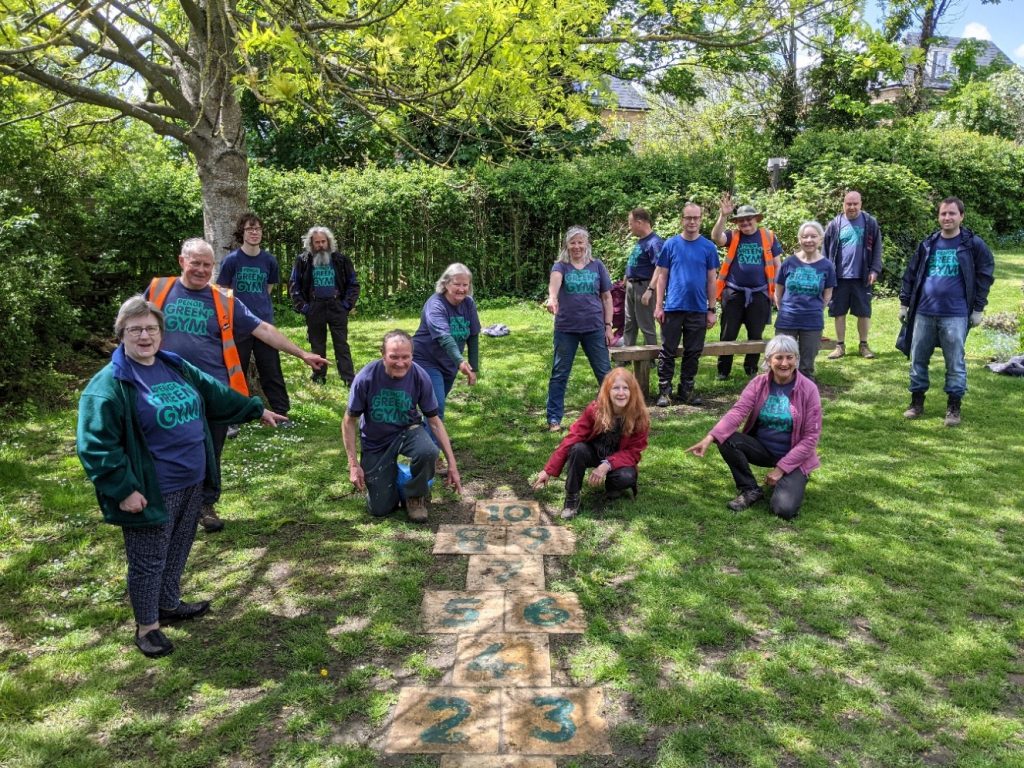 A big thanks to everyone who has ever helped or supported us over the last ten years, whether that was by volunteering and helping out, or by donating equipment, plants, materials or money, or giving or sharing advice, or promoting our events, or simply by turning up at them!